Writing: My Beginning Through Now

This is in response to the first writing prompt from the Author Blog Challenge. 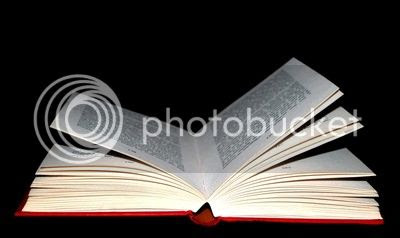 Describe your earliest memory of writing? How did your writing habit/process/career develop?


I remember very clearly writing stories as a child. I would sit at my desk and write page after page of whatever story I felt like putting to the page. When I was about 10 years old, my best friend and I started writing stories to share with one another, taking turns writing a story each week. (She still has some of those saved after all of these years!)

My dad and my grandpa often told me they thought I should become a writer and that they were very proud of my writing ability, and I think they helped to spark the idea of becoming a writer way back when I was very young.


Looking back at a piece of writing I did after our family pet (a cat named Bibsy) died, I had written a story about a little girl who kept finding animals to take home and keep as her pets, but the animals would each die before she would find another one. I guess that, even as a child, writing helped me to work through the sadness of losing my pet.

In junior high, when I was around 11 years old, a teacher of mine sent in a poem I had written to a competition. There were no financial prizes for it, but my poem was one of 100 to be selected for publication in the poetry anthology. I remember being very proud of that achievement.

My love of writing is the reason I majored in English and eventually got my BA in English. But the studies for getting my degree seemed to take some of the joy out of reading and writing from me. Writing critical analysis of the classics and delving into the methodology of the different eras became boring to me after a while. It lacked the creative spark that I needed to keep me interested. I did well in my classes, but I needed something more.

So many little things sparked my desire to be a writer, but it took many, many years before I started trying in earnest to write. I think the reason it took me so long is that a part of me really didn't have the confidence to believe in myself and in my ability to succeed. I didn't believe I was good enough.

That all changed when I decided it was time to take control of my health and lost over 145 pounds of excess fat. It was an achievement that I had once thought was impossible. The fact that I set my sights on such an insurmountable goal and then achieved it helped to confirm in my mind that I am capable of achieving anything that I strive toward.

I started blogging about my weight loss along the way and it re-sparked my love for writing. So once I reached a healthy BMI and got to my goal weight, I decided to focus on making another dream of mine come true, my dream of becoming a writer. I was approached by a magazine to write articles for them for parents wanting to help their children live healthy lifestyles and became a regular writer for the magazine in 2010.

I joined National Novel Writing Month for the first time in November of 2009. I managed to complete a little bit over the 50,000 word count that was required for "winning" the challenge, and it thrilled me that I had been able to do so much writing in such a short amount of time. I joined NaNoWriMo again in 2010, "winning" again while also becoming a municiple liaison for my region and then I joined again in 2011. In 2011, I managed to write 50,000 words in just 2 weeks, and completed over 75,000 words during the month of November.

All of this helped me to believe in myself more, and in 2012, I joined the 12 x 12 in 2012 picture book writing challenge, started and hosted the first Chapter Book Challenge and have now joined the Author Blog Challenge. I've made a list of competitions and story submission deadlines to attempt each month of the year during 2012 and I have written more short stories than in any previous year. I completed my chapter book for the Chapter Book Challenge, but I am still revising it before I will be ready start to send it off to publishers. I am even attempting to write a non-fiction book this year. I have one short story that will be published soon in an anthology of unusual fairytales called "Once Upon a Time."

I love love love LOVE fairy tales!!! I know so many bizarre ones it's unreal. You should post the name of the anthology so we can go check it out. WRITE ON!