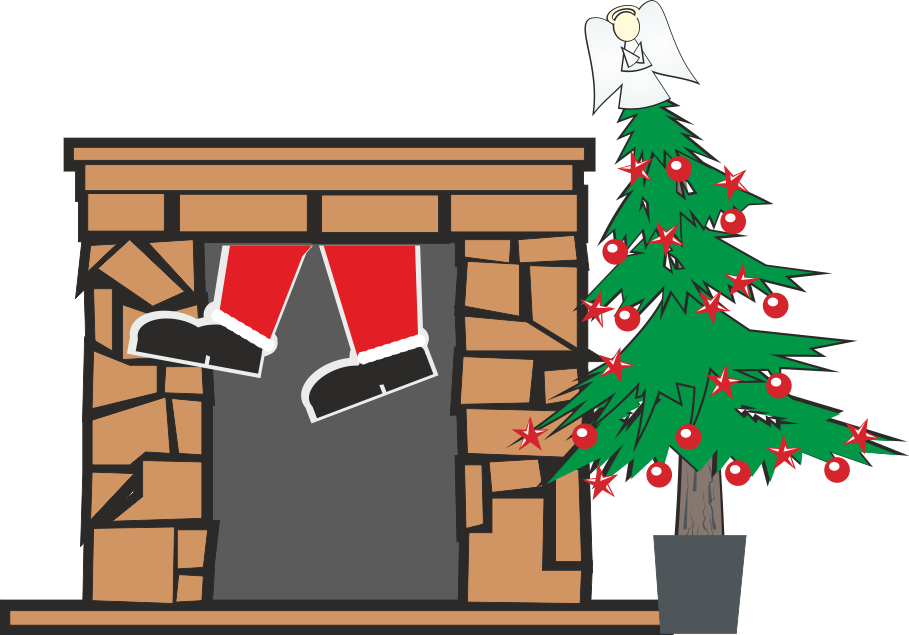 The reindeer landed smoothly along the rooftop, hardly jarring the sleigh at all. This was Santa's 500,000th Christmas delivery. He grabbed his sack full of gifts for the children living inside the house. Santa walked around the tiny chimney stack.

"I'll never fit in there," he said. "I'd better use the pixie dust." Santa always kept a supply of pixie dust on hand for his Christmas eve deliveries. The magic of the pixie dust helped him create chimneys on houses that didn't have them and make chimneys larger when they were too narrow for him to fit through. He had to limit how much pixie dust he used on each house to make sure he wouldn't run out before the night's deliveries were completed.

Santa took a small pinch of pixie dust out of his pocket. He kept the small amount clasped between his finger and thumb, just a pinch. As he reached towards the chimney to throw the pixie dust in, a few sprinkles of it fell from his fingers and landed on the roof top, nowhere near the chimney. Santa didn't notice.

The chimney rumbled and groaned, though the sound it made was not too loud because it would never work to wake the family inside the house. It expanded to a much larger size.

"Does it look smaller than the last one?" Santa asked Blitzen, peering closely at the chimney.

"Well, I'd better get inside," Santa said. "I hope they have some more cookies and milk for me. My stomach is rumbling again." Santa had a very big appetite.

When Santa jumped into the chimney, he found that something was very wrong. He didn't fit! He fell down the chimney but got stuck inside before he could come out from it inside the house.

Oh no! Santa had no time to be stuck! He had other houses needing his deliveries and he couldn't let the children in this house see him.

Santa hit a button on the watch on his wrist. It signalled the elves back at the North Pole that Santa needed help.

The Emergency Response Elf Team got to work right away, loading up their backpacks with things that Santa might need and going through a magic portal which always took them straight to wherever Santa was at the time.

They emerged from the portal in the living room of the house. Once there, they noticed Santa's legs dangling from inside the fireplace.

"I've got just the thing for this," said the lead elf, Tonks. Tonks took out a pinch of the extra pixie dust he had brought along with him in his backpaack and sprinkled it over the entrance to the fireplace.

With a quiet groan and rumble, the fireplace widened and Santa emerged. They quickly set out the gifts under the Christmas tree and then leapt back into the fireplace, where they were magically whisked back to the roof. One last pinch of pixie dust returned the chimney back to its normal size.

"Thanks, Tonks! That was close," Santa said, sending the Emergency Response Elf Team on its way back to the North Pole and returning to his deliveries.

Inside the house, two children were waking up, hearing the jingling of the sleigh bells as Santa's reindeer and sleigh travelled off into the night.