FCG #1: Thinning Of The Veil: The Escape 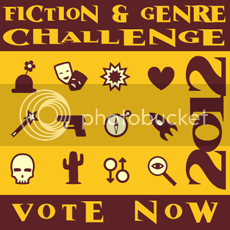 Please go and vote for my story in the Form and Genre Challenge.
Thinning of the Veil: The Escape

How did she get into this? Bella didn’t know how she had ended up in this predicament. Just last week, she was a normal 15 year old girl with a normal life. She talked about boys with her friends and worried about her grades and what to wear to the Spring Dance.

How had things come to this?

“Are you ready?” The voice sounded soft but assured. Bella looked up at the girl who had spoken to her. Gabby was petite. She had died her brown hair jet black and had dark eyeliner outlining her eyes and her very dark purple lipstick accentuated her lips and matched the purple streak in the front portion of her hair. Her expression was serious.

“Yah. Let’s do it,” Bella was as ready as she was ever going to be.
This was the night they were going to escape.

Bella had arrived here at the Brogden Mental Care Institute scared and unsure. The orderly, sensible world she had known all of her life had seemingly changed overnight.

It all started last week. A sound had woken her from her sleep. At first, she thought the eerie howling sound was just the wind moaning against the windows. But as she sleepily blinked the sleep out of her eyes, she noticed a shape across her room, not two feet from her bed.

As her eyes focused, she decided she must be dreaming, because what she was seeing could not possibly be real. The creature before her was standing about 6 feet tall, covered in a combination of scales and fur, and had a feline snout with the fangs to match. It was making an odd sound that was a cross between a howl and a moan. Long, sharp claws stretched out from its fingers. Its wide eyes looked frightened, but it’s appearance was ferocious. Bella was about to leap from her bed and run, but at that moment, the creature blurred from her focus and slowly disappeared.

Or at least, that’s what she told herself. But it had only been the beginning.

Later that day at school, Bella had been sitting through a particularly boring math lesson when she heard a strange hissing noise. She peered behind her but didn’t see anything. When the hissing noise returned coming from the right, she looked over only to see another freakish creature. This one looked like someone had patched together pieces from a man and a lizard and had come up with something that didn’t quite match. A scaly, green arm with claws on one side was accompanied by a very human arm on the other side. The head was a lizard’s, but with all-too-human eyes and a human intelligence peering out from them. A lizard’s tail swished side to side from a human torso and lower half, but like the arms, one leg was lizard, one was human. A snake-like tongue flicked from the mouth and a slow, hissing noise emitted from the creature.

Why was no one looking towards it? Couldn’t anyone else see it?

The clawed hand rose up as if to strike Susie Mayfield who was sitting to Bella’s right. Before she could even think about what she was doing, Bella leapt from her seat. “No!!!” she shouted as she reached up to block the strike. The clawed hand came down and scratched Bella’s upraised arm. Three gashes appeared where the claws had torn her skin, but they weren’t as deep as they felt.

Bella screamed in pain, and the entire class, at last, looked her way. The lizard-man raised its arm again but was already starting to fade away. In seconds, it was completely gone.

Everyone was staring at her in complete silence, and she recognized the surprise and fear in their faces. She also saw confusion and she knew then that no one had seen what she had seen.

The school nurse cleaned up the scratches on Bella’s arm. And that’s when the questions began. Had there been any trouble at home? Anything she needed to talk about? Was she feeling any stress lately? How was school? And many more questions were asked in this vein. She answered honestly. Everything was fine at home. Her grades at school were good. There wasn’t anything to talk about, because she knew if she mentioned the two creatures she would only sound crazier than the nurse already thought she was.

Throughout the week, more creatures kept appearing to her, and she was the only one who seemed to see them. She even saw one of the strange creatures (and they all seemed to take on different forms) attack a boy at school, but it had just gone through the boy as if it had been a ghost with no physical presence at all. But then, she wondered, how had the lizard-man actually scratched her? The wounds were not as deep as they should have been with those razor sharp claws, but they had still pierced her skin.

Several times, she had confronted or run from the creatures she had seen, and people had started to talk. She could see the looks in her own parents’ faces. They thought she was crazy.

It had only taken one week for her to end up here at the Brogden Mental Care Institute. Her parents were scared for her, not knowing what all of her outbursts had been caused from and fearing for her mental health. The doctor at the center had told them she was having a mental breakdown, and they had admitted her to the center.

One good thing had come from being forced into this virtual prison. She had met Gabby.

Gabby wore black clothing and black make-up, and, even when she wasn’t having visions, she never seemed to be altogether present. Bella thought that, if Gabby’s visions were real, then it must have been all the years in mental institutions that had finally driven Gabby a bit insane. But Gabby was sweet, and Gabby had been the first person to believe her.

Isabella had begun to believe that she really was going crazy and that the things she kept seeing were just a product of an overstressed mind, but, from the moment she met Gabby, having been put into the same room with her at the Brogden Mental Health Institute, Gabby had believed her.

Gabby had asked her why she was there, and when Bella, a bit unsure of herself, had cautiously described what she had been seeing, Gabby had told her, “What you see is real. I know because I’ve seen them too.” And from that moment on, their friendship had been firmly established.

And that's why they were breaking out, tonight.

This is my entry to the Form & Genre Challenge #1. It is very rough. I hope you enjoy reading it despite it being a rough draft! If you like it, please let me know. It's the beginning to a much longer story that has been calling to my writing instincts. I think I might have already missed the date it was due for the challenge, but I decided to take part in it anyway, even if I'm late!

This leaves me wanting to know more about both characters. where they'll go from here, what they intend to do about what they see. You left me thoroughly en-rapt and absolutely hanging at the end.

What I really want to know is whether they'll succeed in saving the world. Maybe I'd better get off now, just in case. I loved the descriptions of some of these creatures.

You've got the makings of a good story here. Two interesting characters with a common goal. Add some genuine conflict and you're there.

Hey, let me know when the rest is done, I'd love to read it. Very compelling. :)

Thanks so much to both of you, Storm Dweller and Barbara! :)

I'm with Storm Dweller and Barbara, this is great set-up, gets the plot moving very swiftly.

Great job and thanks for posting this.

Great introduction to some complex characters and issues - I can see a whole book happening right here.. I hope you keep going with these characters.. I WANT TO KNOW WHAT HAPPENS!!

I really enjoyed it.. well done.

oh - and welcome and congrats on the first new challenge over at Write Anything!
I've also contributed to FGC - http://www.annieevett.blogspot.com.au/2012/02/rightful-inheritance-fgc2012-1.html

Thanks, Paul and Annie! This story continues. (And yes, they will save the world, several times, in fact.) ;)