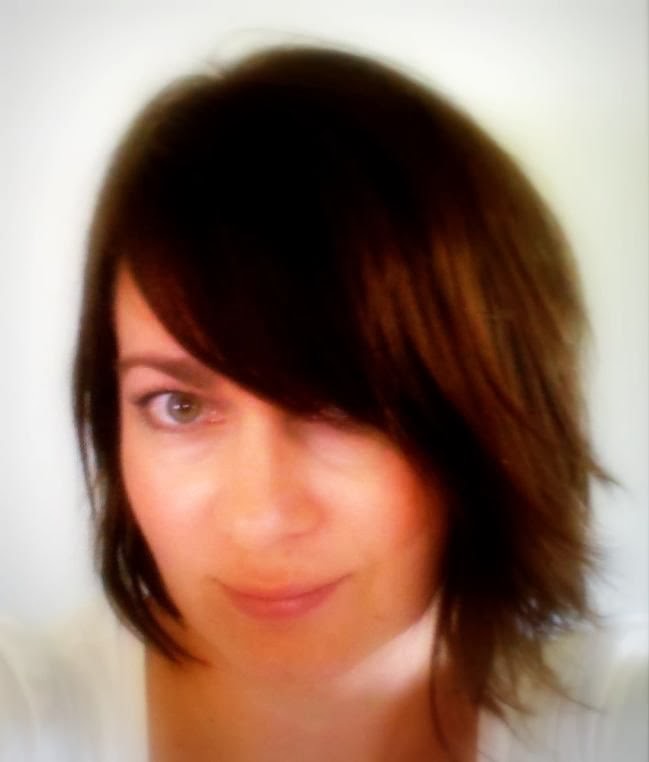 Erica Lucke Dean has been an on-line friend of mine for quite some time now. She has hilarious escapades with the pigs on her farm, who, apparently, are out to get her. And even more intriguing than her killer pigs is the fact that she lives in a HAUNTED farmhouse. (How cool is that?) But, on to the reason for this post: I am really happy to announce the release of her new book Suddenly Sorceress.

I had every intention of reading the book so I could give you my thoughts on the book at the time of this post, but I'm afraid life has gotten in the way and I haven't managed to set aside the time for reading her book. This makes me sad not only because I am unable to tell you what I thought of her book, but it also makes me sad because I am really looking forward to reading her book. It's a genre I love reading, and, after reading other writing of Erica's on her blog and elsewhere for so long, I already know that I like her writing style. Did I mention that she has another book that was released previous to this one. To Katie, With Love is one of her books that I have read already and I really, really loved it. It was funny and charming and not easy to put down once I started reading. I expect that Suddenly Sorceress is equally charming.

So here's the deal: I will review her book sometime within the two weeks of February, for those of you who want to wait and read my thoughts on the book before you buy. For the rest of you, there are other bloggers involved in this book blast and many of them have reviews going up about the book. Also, Erica has kindly provided an excerpt from her book so that you can see for yourself what an awesome and talented writer she is.

What do you think of this cover? I love it! Of course, I'm a little partial to it because I have a friend who had a skunk, in the wild, do the exact same thing that the skunk on the cover is doing. Fortunately for my friend, she stood very, very still and the skunk eventually went away without feeling the need to spray her in stink. She thought it was a cat when it first rubbed up against her legs. I think it was pretending to be a cat in the hopes that she would share some of the breakfast that she was preparing at the time. Skunks are smelly, but not stupid. 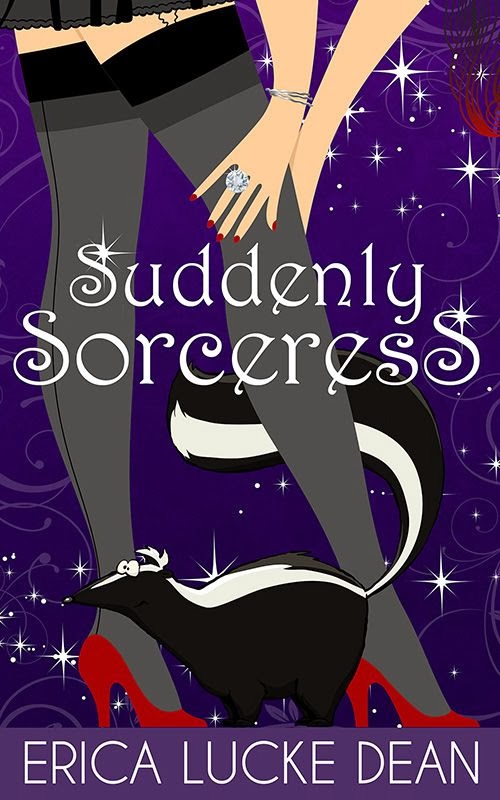 Prologue
“You’re too sexy, my ass!” I tried to tune out the Right Said Fred ringtone as I fished my fiancé’s cell phone from the pocket of his discarded Dockers. I glared at the flashing caller ID. “You just don’t give up, do you?”

That was lucky number thirteen. Thirteen missed calls in the span of an hour. Thirteen calls he was unable to answer.

After pressing ignore one more time, I shoved the phone back into the pocket where it belonged, hoping it would muffle the sound somewhat. I didn’t know why I didn’t just turn off the damn thing. I’d endured his ridiculous ring tone more times than anyone should have to, obviously determined to punish myself. Between the maddening song and the horrible smell, I certainly felt punished. Even if it wasn’t nearly enough.

Way down deep in my bones, I knew my life had been forever changed. Even if I could somehow fix things—put them back to normal—nothing would be the same again. Not ever.

Swallowing against the crystal ball-sized lump in my throat, I dropped Matt’s pants where I’d found them, along with his shirt, his boxers, and his shoes, and I collapsed onto the rumpled blankets on the bed.

That sort of thing didn’t happen in the real world. Only small children or crazy people believed in… no, I refused to even think the word, let alone say it. It’s impossible. But I’d seen it with my own eyes, and whatever it was, it definitely wasn’t normal.

My scruffy housecat made another frantic orbit around my  feet as the phone sounded again, the self-centered lyrics looping, making me cringe. Apparently, he’d also grown weary of the tune.

If only I could say the choice of ring tone was ironic, a product of his wry sense of humor. But he didn’t have much of a sense of humor. Matthew Green was exactly that arrogant. Despite every despicable thing he’d done to me, every insult, lie, and betrayal that had led us there, I truly wished Matt could answer his stupid phone himself. Unfortunately, wishing didn’t seem to be on my side that morning.

Stifling a groan, I pulled myself from the warmth of the bed to dig the phone out of Matt’s pocket again. Geez, persistent much? With a deep, cleansing breath, I mashed down the button to accept the call.

“Matt! Where are you?” Matt’s receptionist, Ginger, snapped before I had a chance to say hello. “Friday’s your busiest day. Do you have any idea what time it is? You’ve already missed two appointments.”

Even without caller ID, I would have recognized her breathy Betty Boop voice. She

sounded as though she’d been sucking helium all morning. I didn’t know her well, but I  suspected she was banging my fiancé.

“We’ll be lucky if there’s enough time for a quickie before the next patient arrives,” she continued in a whisper.

“And another thing.” Her sweet baby voice morphed into a feral growl. “Candy’s been standing outside your office all morning. I thought you said you were done with her? I’m not kidding, Matt, if I find out you’re still screwing her, I’m going to cut off your balls.”

“Well? Aren’t you going to say anything?”

“Uh… hi, Ginger.” I cleared my throat and resisted the urge to “say anything.” “This is Ivie. Matt can’t come to the phone. I… uh... don’t think he’s going to be able to… uh… make it into work today.” I managed to stammer through the basics without my voice cracking.

“Oh, hi, Ivie.” Her voice changed again; she sounded as if sshe’d been sucking lemons. She didn’t even have the decency to be embarrassed. “What’s wrong with Matt? He hasn’t missed a day in… Actually, I don’t think he’s ever called in sick.”

My eyes darted to the closed bathroom door, and I shuddered. “He’s really not feeling like himself today.” Understatement of the century.

“Um… I definitely don’t think anyone wants what he has.” I tiptoed around the answer. I wasn’t good at coy, but I gave it my best shot.

“Oh… Well, in that case, maybe it’s best if he stays home.” I could almost see her coiling a lock of her thick red hair around her finger as she spoke. “Just tell him I hope he feels better, and not to worry. I’ll reschedule his appointments for him. Do you think he’ll be well enough to come in Monday?”

I tamped down a flicker of panic. “I really hope so.” But I seriously doubt it.

task of rescheduling, I ended the call, staring at the bathroom door as if I expected a silent command to open it. I closed my eyes and tried to imagine the door swinging wide and my fiancé sauntering out. I popped open one eye. The door hadn’t moved—not even a crack.

For far too long, I’d avoided that room. With three tentative steps, I closed the distance between myself and the master bathroom, covering my mouth and nose with one hand as I cracked the door. I’d almost gotten used to the foul odor in the bedroom. It was bad but not unbearable. The stench in the bathroom was overwhelming. The fumes poured out, bringing tears to my eyes. The small space reeked worse than when I’d locked him in there last night. It smelled as if someone had cooked up a potion of burning tires and rotten eggs in a boiling vat of sour ammonia, and even that comparison wasn’t quite bad enough.

Blinking back the sting of tears, I scanned the room. I didn’t see him anywhere, just a puddle that looked suspiciously like urine in one corner and in the other, a makeshift bed fashioned out of—were those my good bath towels?

A quick rush of adrenaline kick-started my heart. What’s happened to him now? This is bad. Very, very bad. As if things weren’t bad enough already. What sort of person was I? What I’d done was unspeakable, so horrible even I didn’t know what I’d done.

Just as I was about to have a full-blown panic attack, he slinked out from behind the hamper. I should have been relieved he was still alive, but I wasn’t sure if his current state was much better. He stared up at me—his beady little black eyes blinking in the harsh fluorescent light—so much smaller than he used to be and covered in a thick pelt of black and white fur. My fiancé.

Here are some places where you can buy the book:

(Do I have to mention again how much I love her writing style, and how much I know you will love it it too? Go buy her book!)

Also, add it to your "want to read" list in Goodreads.
Book Page on RAP
Author page on RAP


Well, go to a Rafflecopter giveaway and enter for some prizes!

Thank you for featuring me on your blog today! I appreciate it.