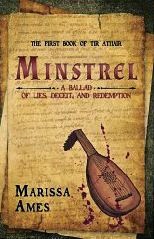 Marissa Ames is a friend of mine and a while back, she asked me to beta-read her book for her. I absolutely loved the book and read through the night so I wouldn't have to put it down and walk away from the fascinating world and characters that she had created. That book was "Minstrel." Minstrel was released in Kindle format last October and was soon followed by the release of its print edition in November.

I was relieved, if I'm honest, to find out that her book was so enjoyable and well-written. There have been times when I'm asked to beta read for someone and their book is far from ready for publication. It was a great pleasure to be able to tell Missy how much I adored her book.

Here's the official review I posted on Amazon:

"Minstrel is an epic story in a medieval setting from a world that exists only in the unlimited imagination of Marissa ames. Her world-weaving abilities are powerful. Liam is believable and likeable, and it is easy to find yourself rooting for him from early on in the story. This story is full of twists and turns and suspense that will have you biting your nails. So many times, the story finds Liam in situations that seem impossible to escape, and yet Marissa scribes the story in such a way that his survival is completely plausible and believable. Once I started reading Minstrel, I stayed up all night to finish it because I wasn't ready to leave the world that Marissa so expertly created."

"Arriving in the royal city of Cynegil just after the good king’s death, Liam and his traveling troupe face arrest for entertaining during a time of mourning. The new king, Riordan, offers them a choice: play for the court as he demands or be punished for the crime. With little recourse, they acquiesce. While the troupe entertains within the hall, Liam witnesses the dissension between the king and his twin brother, Shamus. When Shamus enlists Liam to record the kingdom’s history from his own viewpoint, the king becomes suspicious. And when Liam becomes involved with Molly, the mysterious redheaded washerwoman, and Tristan, the royal soldier with a deadly secret and a skill for causing unfortunate accidents, his life becomes even more complicated. As the kingdom staggers beneath drought, famine, and conflict, Liam and Shamus must flee Cynegil with prices on their heads. Will they survive their journey or will they become just another ballad to be sung?" 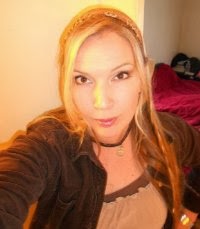 And here's a bit about the author:


"Crossing genres, Marissa Ames writes fantasy fiction and blogs for multiple venues, including a national poultry magazine. Her debut novel, Minstrel, begins the medieval-based fantasy series of Tir Athair. She is currently working on Vassal, the second novel in the Tir Athair series, and collaborates with many worthy writers on diverse anthologies. Marissa has written stories since age 8, instilling her lifelong fascination with medieval history into her work. In her real life, she manages a day job, a husband and two teenage children, and an entire urban farm just a mile south of downtown Reno, Nevada, in the United States. You can follow her blog." 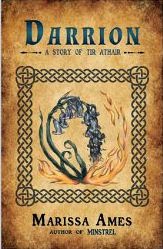 And the really great news is that Missy has penned a short story set in the same world as Minstrel. You can purchase Darrion today in Kindle format.


Even more good news is that Marissa Ames is one of the contributing authors to the anthology "Jingle Bells: Tales of Holiday Spirit from Around the World," contributing her short story "Thomas's New Coat." Proceeds from this anthology go towards funding the Chapter Book Challenge.

The Grammarly link at the top of this post is a paid advertisement. I only allow advertising of things that I like or am interested in.