Imagine! Create! Write! has now been around for five years!

It's hard to believe I have been writing here for so long already. When I first began writing, I was still tentative about my writing. I hadn't been published before and, although I had big ideas and dreams for my writing, I was not very sure of myself.

While I still sometimes let self-doubt get to me, most of the time things have really changed in that respect. I am now running my own small Indie publishing company. I've had short stories published in several anthologies with more to come soon. I have even edited and published some anthologies and my doodle books. 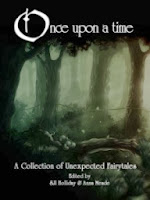 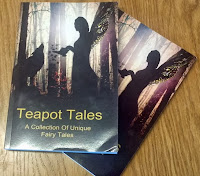 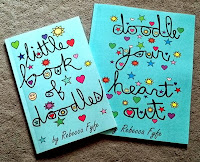 I have met many wonderful writers and found out that other authors are great people to socialize with. I've been made ever-so-welcome in the writing community. I've learned loads about writing and, in the process, about myself.

I had a one-year stint writing a regular feature for a magazine. I joined in the writing madness of NaNoWriMo four times and won each time. I am the NaNoWriMo municipal liaison for my region.  I have completed the first draft on more than one full-length novel, written many, many picture books and completed the first drafts of one chapter book and one middle grade novel. 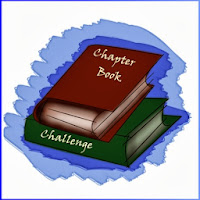 I started the Chapter Book Challenge (ChaBooCha) and it grew from 23 members in the first year to almost 100 people the second year. It will hopefully grow even more in its third year.

Next year, you will see at least one full length novel, one chapter book or middle grade book and one picture book written by me PUBLISHED.

I know it takes a lot of hard work and creativity. Wish me luck anyway?

To celebrate Imagine! Create! Write's 5 year anniversary, I will be giving away one copy of the my collection of short stories which will be published in the first half of 2014. All you need to do to be added into the drawing is to comment on this post by October 4th.

Your achievements are inspirational Becky! Glad you're here, congrats on five years!

Wow, five years! Congratulations on your blogiversary! You should be so proud of your achievements so far. Good luck with getting published next year. Big things are waiting for you!