I recently had the chance to read my good friend Barbara Mack's book Blood Worship. I have not been paid for this review in any way. 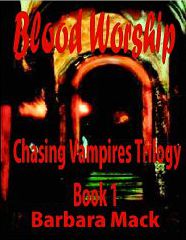 Blood Worship is a dark horror that will grip you from beginning to end. The vampires of this Chasing Vampires series are not the kind of vampires that are all the craze right now. You won't find sparkly vampires or vampires to fall in love with in this book. The vampires in this book are the epitome of evil and darkness. They represent the monsters that we used to see them portrayed as years ago, with no humanity or compassion. People are nothing more than food to the vampires in this series.

Jessie is a teenager who starts to have visions and visits from her dead mother. People in her town are dying and she wants to know why. As she tries to unravel the mystery of the deaths of her friends, Jessie becomes a target of one of these vile creatures in Blood Worship. Jessie is a believable character as a teenager who has suffered a tragedy and isn't willing to give up on finding out what is happening.

I enjoyed reading the book. It's an easy read and I finished it on the same day I started reading it. When you think about a story after you've put it down and can't wait to start reading more, you know it's a good book!

The second book in the Chasing Vampires series is due out soon. 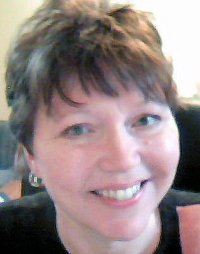 Barbara Mack has a long list of book credits to her name, from YA to historical romance to horror to cookbooks. Follow Barb's Bookshelf for more updates on book releases.