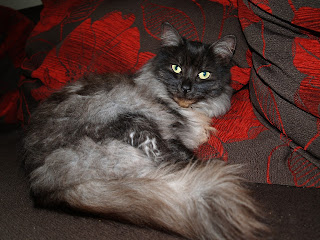 Sadly, all of my 2015 memories are overshadowed by the death of my cat Pagan in September. Pagan and I had a special relationship, and I miss him like crazy. It means that, for me, 2015 is a year I'd rather forget. 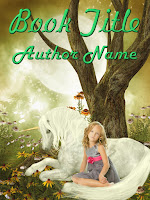 1 - I created several new book covers this year, including some for me, some for others and some for sale, and I have been growing in confidence in my ability to create the kinds of book covers that will sell and also growing in my cover-creating skills.

2 - I came up with several picture book ideas, and some new drafts of picture books, but, more importantly, I wrote the first draft of a new picture book which I really, really love. It's become my new "baby." And I will do whatever it takes to bring this picture book into the world and to make it the best it possibly can be, because it means a lot to me. 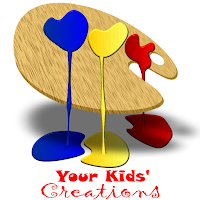 Children who contributed to the anthology have been very excited about it and very positive about the experience and are pushing me to start taking stories for another anthology. I only create these anthologies written and illustrated by kids FOR the kids, so the positive responses I am getting from them makes it worthwhile, even though it takes a lot more work than any of the other anthologies. The whole point of the Kids' Chronicles series of anthologies is to encourage children to write, and to build up their confidence in their story-telling abilities, so with these goals in mind, the anthologies have been a success.

Both Isabella and Cameron have had really wonderful responses to their books and both of them have gained some real fans of their books, kids who can't wait for them to write sequels to their stories.

4 - Through Melusine Muse Press, I published two anthologies this year - the third volume of Teapot Tales, "Teapot Tales: A Collection of Unusual Fairy Tales" with proceeds that go towards the Chapter Book Challenge (ChaBooCha) and the second volume of "SuperHERo Tales: A Collection of Female Superhero Stories" with proceeds that go towards the charity Because I am a Girl (which helps girls in 3rd world countries).

5 - I started compiling all of my mermaid stories into one collection, and created the book cover for it. With some editing and formatting, and then sending out to beta readers, I might be able to get this collection, Mermaid's Muse, out in early 2016.

6 - While my novel "Ink" was set on the back burner for this year, I spent this year's NaNoWriMo working on a series of novellas that are set in the same world as "Ink." There were seven novels I worked on, in total. I think three of them will develop into full-length novels. None of them are complete yet, but I found myself getting wrapped up in this fictional world of my creation again, and I am really enjoying writing about characters who live in this world, these female heroes who are determined to do something good and worthwhile to make this crazy world they live in a better place.

7 - I did not send out any queries this year, which might sound like a failure rather than a success, except for the fact that I used this year to work on improving my writing and on improving the stories I have already written. I'm also not sure I want to send my stories off for someone else to judge and possibly publish, because I really like having the creative control over my books, the kind of creative control that one can only get through self-publishing. I have improved in every area of my formatting and publishing skills in the meantime. I just haven't fully decided yet which road I will take when it comes to publishing my novels. I may, in the end, decide to go the hybrid route, but that hasn't been decided yet.

8 - I managed to get some wonderful authors, many of them well-known, such as Tamora Pierce,  Darren Shan, Lee Wardlaw, Wendy Orr, Patti Larsen, Adam Wallace and Nancy I. Sanders to guest post on the Chapter Book Challenge last March. With only around 300 participants, it would have been a simple thing for these very busy authors to turn me down, but they didn't, and I'm such a fan-girl! The only problem with getting big-name authors to guest post during 2015 is figuring out HOW I am going to top it for 2016's challenge! (If any of my friends and followers happen to be friends with J. K. Rowling, Meg Cabot or Neil Gaiman, please put in a good word with them about the Chapter Book Challenge and get them in touch with me.)

9 - I started a group to discuss a plan for something I think would be really great. The whole point of the SuperHERo Tales anthologies is to increase the amount of female superheroes out there in media for little girls to look up to. It doesn't solve the problem of there not being enough merchandise featuring female superheroes though. An idea I had for something to crowdfund was to take the characters created by different authors within the anthologies and have them made into action figures and/or resin figurines - the kind kids can play with. The idea is there and, so far, I have permission to create about 13 of the characters. But, in order to get started, I need to find an artist skilled in creating 3D figures, a company that can create these figures in limited runs, and somehow get a really compelling video made that will encourage people to contribute to the campaign. I need to work out the costs, and and it all needs to be affordable so that people won't have to pay much more than what a collectible toy figure would normally cost. I have not managed to figure any of the details out yet, but the idea is there and I've done quite a lot of research on it so far. (I am open to suggestions.)

Becky, your dedication, energy and sheer levels of productivity always amaze me. Congratulations on all of your publications and your acquisition of new skills. I always advocate finding ways to have control over your career. Great job!

Well done Becky. It looks like 2015 was a year of ups and downs, with a wonderful list of books out there. All the best for 2016.

An impressive share! I have just forwarded this onto a coworker who had been conducting a little homework on this. And he in fact bought me dinner due to the fact that I found it for him... lol. So allow me to reword this.... Thank YOU for the meal!! But yeah, thanx for spending time to discuss this topic here on your website.